Prophecies of Our Lady of Good Success About Our Times

During the fifteenth and sixteenth centuries, Our Lady of Good Success appeared in Quito, Ecuador to a Spanish nun whose little-known but extraordinary life has a direct connection with our days.

Here follow some excerpts from the prophecies about our times:

The Pope’s “infallibility will be declared a dogma of Faith by the same Pope chosen to proclaim the dogma of the mystery of my Immaculate Conception. He will be persecuted and imprisoned in the Vatican through the usurpation of the Pontifical States and through the malice, envy, and avarice of an earthly monarch.”

“Unbridled passions will give way to a total corruption of customs because Satan will reign through the Masonic sects, targeting the children in particular to ensure general corruption.

“Unhappy, the children of those times! Seldom will they receive the sacraments of Baptism and Confirmation. As for the sacrament of Penance, they will confess only while attending Catholic schools, which the devil will do his utmost to destroy by means of persons in authority. 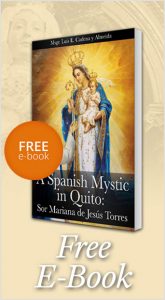 “The same will occur with Holy Communion. Oh, how it hurts me to tell you that there will be many and enormous public and hidden sacrileges!

“In those times, the sacrament of Extreme Unction will be largely ignored.… Many will die without receiving it, being thereby deprived of innumerable graces, consolation, and strength in the great leap from time to eternity.

“The sacrament of Matrimony, which symbolizes the union of Christ with the Church, will be thoroughly attacked and profaned. Masonry, then reigning, will implement iniquitous laws aimed at extinguishing this sacrament. They will make it easy for all to live in sin, thus multiplying the birth of illegitimate children without the Church’s blessing….

“Secular education will contribute to a scarcity of priestly and religious vocations.”

“The holy sacrament of Holy Orders will be ridiculed, oppressed, and despised, for in this both the Church and God Himself are oppressed and reviled, since He is represented by His priests.

“The devil will work to persecute the ministers of the Lord in every way, working with baneful cunning to destroy the spirit of their vocation and corrupting many. Those who will thus scandalize the Christian flock will bring upon all priests the hatred of bad Christians and the enemies of the One, Holy, Roman Catholic, and Apostolic Church. This apparent triumph of Satan will cause enormous suffering to the good pastors of the Church…and to the Supreme Pastor and Vicar of Christ on earth who, a prisoner in the Vatican, will shed secret and bitter tears in the presence of God Our Lord, asking for light, sanctity, and perfection for all the clergy of the world, to whom he is King and Father.”

“Unhappy times will come wherein those who should fearlessly defend the rights of the Church will instead, blinded despite the light, give their hand to the Church’s enemies and do their bidding. But when [evil] seems triumphant and when authority abuses its power, committing all manner of injustice and oppressing the weak, their ruin shall be near. They will fall and crash to the ground.

“Then will the Church, joyful and triumphant like a young girl, reawaken and be comfortably cradled in the arms of my dearest and elect son of those times. If he lends an ear to the inspirations of grace–one of which will be the reading of these great mercies that my Son and I have had toward you–we shall fill him with graces and very special gifts and will make him great on earth and much greater in Heaven. There we have reserved a precious seat for him because, heedless of men, he will have fought for truth and ceaselessly defended the rights of the Church, deserving to be called ‘martyr.’”

“At the end of the nineteenth century and throughout a great part of the twentieth, many heresies will be propagated in these lands.…

“The small number of souls who will secretly safeguard the treasure of Faith and virtues will suffer a cruel, unspeakable, and long martyrdom. Many will descend to their graves through the violence of suffering and will be counted among the martyrs who sacrificed themselves for the country and the Church.

Devotion to the Heart of Mary Will Save the World

“To be delivered from the slavery of these heresies, those whom the merciful love of my Son has destined for this restoration will need great will-power, perseverance, courage, and confidence in God. To try the faith and trust of these just ones, there will be times when all will seem lost and paralyzed. It will then be the happy beginning of the complete restoration….

“In those times the atmosphere will be saturated with the spirit of impurity which, like a filthy sea, will engulf the streets and public places with incredible license.… Innocence will scarcely be found in children, or modesty in women.

“He who should speak seasonably will remain silent.

“There shall be scarcely any virgin souls in the world. The delicate flower of virginity will seek refuge in the cloisters.…Without virginity, fire from heaven will be needed to purify these lands.…

“Sects, having permeated all social classes, will find ways of introducing themselves into the very heart of homes to corrupt the innocence of children. The children’s hearts will be dainty morsels to regale the devil.…

“Religious communities will remain to sustain the Church and work with courage for the salvation of souls.… The secular clergy will fall far short of what is expected of them because they will not pursue their sacred duty. Losing the divine compass, they will stray from the way of priestly ministry mapped out for them by God and will become devoted to money, seeking it too earnestly.

“Pray constantly, implore tirelessly, and weep bitter tears in the seclusion of your heart, beseeching the Eucharistic Heart of my most holy Son to take pity on His ministers and to end as soon as possible these unhappy times by sending to His Church the Prelate who shall restore the spirit of her priests.” 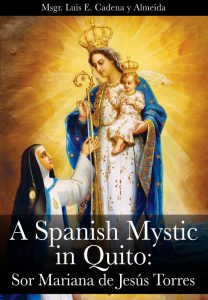 PrevPreviousMary, Mother of Jesus – Catholic comment on a Protestant look at Mary
NextOur Lady of Deliverance, Empress of ChinaNext