Mary, Mother of Jesus – Catholic comment on a Protestant look at Mary

It was a real breath of fresh air to read Dr Victor Kuligin’s article on the Blessed Virgin Mary in the May issue of Joy Magazine. Congratulations for this, as it in some way also recognises that the magazine caters (and must cater) for the entire Christian “market.” It has always been a source of enormous hurt and anguish to me when some treat Mary with disdain, indifference or even contempt, which seems prevalent in certain Protestant sectors. A point of interest here is that many Saints of the Catholic Church (those distinguished by the heroic practice of the Theological and Cardinal virtues), contend that an individual’s disdain for the Blessed Mother is a sure sign of reprobation – and such an individual will necessarily be deficient in his knowledge of and genuine love for Our Lord Jesus Christ! 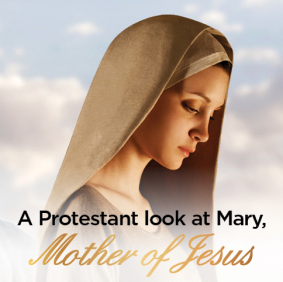 While admiring the good Doctor’s courage to take up an issue which is sometimes almost an unmentionable, there are a number of points I would like to raise which I feel could be accentuated and therefore give added justification to some of his assertions. Space does not permit some observations on the Immaculate Conception nor  the Perpetual Virginity and the topic of  “Apparitions,” so I have confined myself to commenting on the historical person of Mary and why she is and ought to be highly exalted, acclaimed and revered…

Although pre-eminent in holiness and Mission amongst all women in history, the Virgin Mary is nevertheless entirely human and a creature of God. No Catholic worth his salt would ever consider Our Lady more exalted than the person of Our Divine Saviour Jesus Christ! This would not only be untenable but blasphemous. Veneration for this Holy Mother is another thing completely and  can evoke really intense feelings of love, appreciation and joy. Such feelings are analogous – though on a different level of course – to the love and devotion a child might  feel  for one’s own deceased mother. How often might one take such a mother’s picture in one’s hands and “talk” to her, seeking her help and advice in a moment of anguish – just as might have been the case when she was alive? How often do we hear people mention “feeling close” to a deceased loved one? Or that they are feeling consoled/aided/supported, whatever? These sentiments are obviously also due to the realisation that death does not mean the end of everything…! So much more the case when dealing with a figure of such majesty as the Blessed Virgin. In this context, statues, holy pictures, crucifixes and similar pious items, are nothing more than objects to excite sentiments of devotion and veneration, thereby aiding one  in adopting a prayerful and contemplative state of soul. These items are not objects of adoration or worship in themselves – as if they somehow contain something of the divine or are conveyers of luck, good fortune or such… This  would indeed constitute idolatry!

In the case of devotion to the Blessed Virgin, she is not the end – and being the humble handmaid of the Lord, glories only in leading  souls to Jesus Christ. Mary was chosen by God himself to bear the Messiah! Who are we to turn up our nose at this? Catholics try to deeply understand the role of the Virgin Mary and her elevated role in history. In this she is extolled as the chosen daughter of  God the Father, admirable mother of God the Son and faithful spouse of God the Holy Spirit. Their veneration lies in knowing that if Almighty God chose the path he did to bring about the Incarnation of the  Eternal Word, it is for supreme and profound spiritual reasons, which we best learn about and take advantage  of…! He chose to come amongst us as a Man through a Virgin Woman, one of literally a million possibilities He could have utilized to generate the God-Man!  In so doing, He opened up a huge debate about the role of the Blessed Virgin  in salvation history – a field generally referred to as “Mariology.”

Catholics love Our Lady for many reasons, chiefly because God loved her (from all eternity) and fashioned her into a perfect human being (full of grace) – His masterpiece of creation! He moulded her into the sort of vessel which would be pure enough, humble enough, holy enough and sufficiently full of the love of God,  to bear the omniscient, omnipotent second Person of the Holy Trinity. This is not something to be taken lightly! To imagine that God could become incarnate in the womb of “any woman” would be either to trivialize the divinity of Jesus Christ, be indifferent or not to grasp the magnificence of Almighty God. As one great Saint encapsulated this enormous mystery, “He whom the whole world  could not contain, was contained in the womb of the Blessed Virgin Mary!” No small affair…

Plus, the love and appreciation of those who venerate this Holy Mother is also due in no small part to the fact that without her “Fiat,” (Let it be done), there would  no redemption and the act of Eve in closing the gates of heaven would not be undone…. So, we owe a great debt to this Woman in that she, in perfect consonance with the Divine Will (and of her own volition) pronounced those words which were to constitute the dividing line in history: “Let it be done to me, according to thy Word” (Luke 1:37–38 ).

This, in spite of the fact that she knew, given her ancestry of the Royal House of David, her knowledge of the Scriptures and the darkness of the times in Israel, that (as St. Simeon prophesied  on the steps of the Temple), she would essentially tread the same path as the Saviour, witnessing his torture and culminating in tracing his bloody footsteps all the way to Calvary. “And Simeon blessed them, and said to Mary his mother: “Behold this child is set for the fall, and for the resurrection of many in Israel, and for a sign which shall be contradicted; And thy own soul a sword shall pierce, that, out of many hearts, thoughts may be revealed” (Luke 2:35).

Mary’s unique role in bearing the Messiah – nourishing, guiding and raising him in the full knowledge of the enormity of being entrusted with the welfare of the Son of God – and where it would all lead – carried out  in humble submission to the Will of God, should leave us in awe. Such awe, when considered prayerfully and studiously, naturally generates love, appreciation and devotion.